A glass fiber matrix for selective histamine binding, which was developed by REFLAB, is the underlying basis of both tests. HISTAREADER 501, a highly sensitiveflow-through fluorometer, is used to quantitatively measure the bound histamine. This technology permits functional diagnosis of autoreactive urticaria, which – according to the recommendations of the EAACI/GA2LEN Task Force Consensus Report (Allergy 2009; 64: 1256 – 1268) – should be performed for confirmation of positive autologous serum skin test (ASST) results. Moreover, it is the only detection method that permits functional detection of autoreactive antibodies directed against human IgE and their receptors on basophils or mast cells. A service laboratory to which patient’s serum samples can be submitted for testing was set up by Professor Marcus Maurer of the Department of Dermatology and Allergology at the Charité University Medical Center in Berlin. The contact person is Dr. Sabine Altrichter at the Charité or Mr. Joachim Zehender, Product Manager for Allergy Diagnostics at R-Biopharm (j.zehender@r-biopharm.de).

R-Biopharm AG and REFLAB are currently working together to develop a method for application of this technology for the detection of histamine in foods such as fish and fish meal. 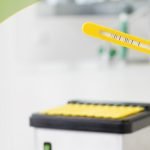