Respiratory pathogens are present worldwide and cause severe outbreaks and symptoms. Respiratory tract infections affect every age group and are a significant cause of mortality, especially in immunocompromised patients.

According to EU statistics, in 2012, 8 % of all deaths were caused by diseases of the respiratory system. Pathogens can be all kinds of microorganisms whereas most infections are caused by viruses. Location of infections can be the upper or lower respiratory tract whereas the latter is less common but generally more severe:

Many different viruses are the source of common colds, such as adenoviruses, coronaviruses, human metapneumoviruses (hMPV) and rhinoviruses, whereas rhinoviruses mainly cause seasonal colds in spring and fall. Spreading of viruses mostly occurs via nasal secretions from infected persons to hands and ultimately to e.g. the mouth of healthy persons. Cold symptoms are mild and usually disappear within 4 to 10 days.

In contrast, influenza symptoms are different and in general more serious, involving severe headaches and fever. There are three different types of influenza viruses with many different strains. 95 % of influenza cases are due to influenza viruses type A and strains causing new outbreaks vary in their sequences which complicates vaccinations in advance. A CDC study concluded that on average more than 200 000 US people are hospitalized due to illnesses caused by seasonal influenza virus infections each year.

In children, in addition to the above listed viruses, enteroviruses and respiratory syncytial virus (RSV) are also causing respiratory tract infections. In the US, RSV accounts for more than 50.000 hospitalizations in children under the age of 5. hMPV shows the same seasonality as RSV and accounts for up to 15 % of bronchiolitis cases in toddlers and children.

You can find more information on our RIDA®GENE real-time PCR kits for the diagnosis of respiratory infections in our free customer brochure.

Choose your product for respiratory infections 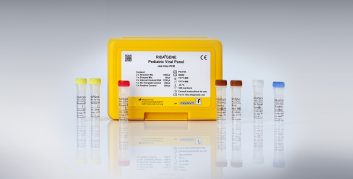 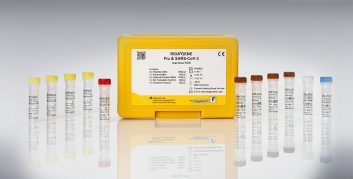 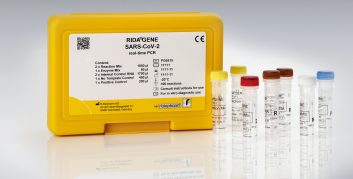