Five percent of people in Germany suffer from a rare disease. On the occasion of Rare Disease Day, February 28th, 2019, we will take a closer look at one of them.

According to the EU definition, rare diseases are diseases that affect less than one in 2,000 people. Roughly 8,000 diseases of this sort have been described. Most of these are chronic, for many there are still no treatment options, and life expectancy is often low. Affected persons often must go through a long ordeal until the correct diagnosis is made. For 80 % of rare diseases, the cause is in the genes. Genetic laboratory procedures are of assistance in detecting the genetic alteration and identifying the disease early.

A rare disease may be behind chronic back pain

An example of a rare disease is ankylosing spondylitis (AS), a disease that affects 0.1 to 0.2 percent of the population in Central Europe. AS, also known as Bechterew’s disease, is a chronic inflammatory rheumatic disease that primarily affects the spinal column. It manifests in chronic severe back pain, especially in the second half of the night, which improves with movement. The disease progresses in phases and leads to increasing bone and joint stiffness. There is still no cure for AS, but if it is detected early physiotherapy and remedial gymnastics can have a positive impact on the course of the disease.

Since the symptoms of AS are non-specific, the diagnostics is composed of several components. In addition to physical and imaging examinations (CT, MRI), the blood test for the gene HLA-B27 plays an important role. Patients with AS often have a certain genetic trait, the human leukocyte antigen B27 (HLA-B27), that is encoded on chromosome 6. This antigen performs regulatory tasks in the immune system and is found in 5 – 10 % of the healthy German population and in more than 80 % of patients with AS. Detection of the genetic train HLA-B27 alone does not demonstrate the presence of a case of AS. The finding does however provide the physician with an important additional indication of whether AS is probable for the patient.

Despite intensive research, the pathogenic mechanism by which HLA-B27 increases susceptibility to rheumatic disease is still unknown. Further research in this field would be desirable, since persons with other autoimmune diseases could also benefit from a better understanding of this mechanism. 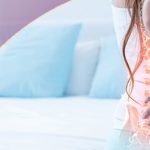 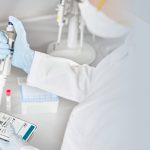