Gastroenteritis, also known as the stomach flu, is one of the most frequent illnesses in humans worldwide. Often it is viruses that are responsible for the infection.

Acute gastroenteritis is one of the main causes of morbidity and mortality in the world. It is estimated that worldwide approximately 1.5 million children under the age of 5 die of diarrhea – more than from AIDS, malaria, and measles. In most cases, the illness is caused by viruses, less often by bacteria or parasites. Multiple studies show that noroviruses are responsible for nearly 50 % of the gastroenteritis outbreaks across the globe. Especially in the winter months, the highly contagious virus often causes major epidemics in community facilities like hospitals and nursing homes. Despite the introduction of a vaccine, rotaviruses are still the most common cause of severe diarrhea in children under the age of five. Adenoviruses are the third most common cause of viral gastroenteritis in children. In practice, mixed infections involving two or more gastroenteritis pathogens, such as rotavirus and norovirus, are often observed.

When is pathogen detection required?

Because of the typical symptoms, gastroenteritis is relatively easy to diagnose. Pathogen detection is, however, mandatory in the following cases:

What cases must be reported?

To prevent an uncontrolled spread of the illness, the German Law on Infection Protection (IfSG § 6 para. 1 no. 2) requires mandatory reporting of rotavirus, norovirus, and several other bacterial gastroenteritis pathogens. It specifies that even cases of suspected acute infectious gastroenteritis be reported if

How are laboratory diagnostics performed?

Specific pathogen detection is done in the laboratory usually with enzyme immunoassays (ELISA) or real-time PCR tests. There are also faster methods – such as the RIDA®QUICK Rota/Adeno/Noro Combi rapid test (Art. No. N1903). This qualitative immunochromatographic lateral flow test allows for rapid detection of the three major viral gastroenteritis pathogens in only 15 minutes. 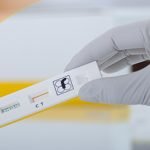 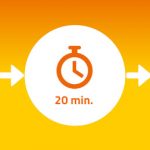