Studies have shown that some patients do not respond or respond inadequately to therapies for chronic intestinal diseases like for example Inflammatory Bowel Disease. The biologic drug ustekinumab, is another class of drugs, and could help the patient. Trough level monitoring will help to reach the optimal dosage of the UST drug level, which is individually tailored to each patient. R-Biopharm has a new ELISA test for this purpose.

Therapeutic monoclonal antibodies have been used for the treatment of chronic inflammatory bowel disease (IBD) such as Crohn’s disease and ulcerative colitis for more than 10 years. The first biological used for IBD therapy was the TNF blocker infliximab (introduced and approved since 1998 by the FDA), followed by other anti-TNF antibodies such as adalimumab and golimumab. However, in some patients the response to the therapy is inadequate or there is a loss of response during the therapy.

A new biological has been available for these patients since November 2016: Ustekinumab. Ustekinumab is a human monoclonal antibody that acts against inflammatory reactions in the body by inhibiting the cytokines IL-12 and IL-23. It is approved for the treatment of Plaque-Psoriasis, psoriatic arthritis, and Crohn’s disease.

Due to individual pharmacokinetics, different people will show different UST drug levels at the same dose. In order for biological drugs to be able to work optimally, the drug concentration must be sufficiently high. Therefore, regular drug concentration monitoring (in trough) is advised. 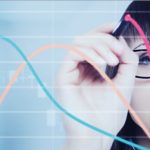