TNFalpha blocker are biologic agents, which are used for the treatment of inflammatory diseases such as Ulcerative Colitis, Crohns disease and Rheumatoid Arthritis. Infliximab as well as Adalimumab belong to this group of drugs.

How do TNFalpha blockers work?

TNFalpha blockers interrupt this circle by binding to the messenger TNFalpha. This has the effect that the molecule can no longer bind to the receptor, so that the receptor produces no signal to keep the inflammatory process going. As a result the inflammation and its symptoms can decrease or cease.

Infliximab is a drug, which belongs to the group of TNFalpha blockers and is a part of the so called biologicals. Biologicals are produced biotechnologically and are totally or almost completely identical to proteins of the human body. They interact directly with the human metabolism and are therefore characterized by a high degree of efficiency.

Biosimilars are follow-on biologicals of biologicals with expired patent. The drugs are comparable with that of the already admitted biotechnologically produced drugs.

In order to optimally work it is important to check the trough level of TNFalpha blockers on a regular basis, since the bioavailability differs from person to person. Drug monitoring of infliximab can be performed with the RIDASCREEN® IFX Monitoring assay. 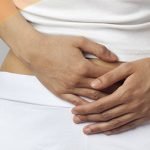 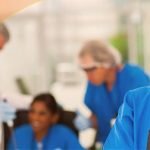