By jbraun
Posted August 31, 2020
In Bacteriology, Gastrointestinal Infections
Noninvasive detection of Helicobacter pylori – reliable and safe for the patient2020-08-312020-09-01https://clinical.r-biopharm.com/wp-content/uploads/logo_rgb.pngClinical Diagnosticshttps://clinical.r-biopharm.com/wp-content/uploads/2020/08/2020-07_vorlage-news-bilder_helicobacter.jpg200px200px

Helicobacter pylori can cause serious diseases. The symptoms of a Helicobacter infection vary widely in their form and expression. Detection is therefore critical for diagnosis and treatment. Identifying an infection is easy and safe using the noninvasive Helicobacter assays from R-Biopharm.

Helicobacter pylori is a widespread bacterium that causes gastritis, dyspepsia, and gastric ulcers, among other things. In many cases, the latter can develop into stomach cancer. Prevalence rises with increasing age and varies depending on region and genetic predisposition. It is believed that nearly half of the world’s adult population is infected with the bacterium.

Immunoassays like the RIDA®QUICK Helicobacter immunochromatographic rapid test and the RIDASCREEN® Helicobacter enzyme immunoassay can detect a Helicobacter pylori infection extremely quickly via analysis of human stool samples. Both tests can be used for patients of any age and without any additional preparation. The tests can also be used after eradication therapy to verify the success of treatment.

A small stool sample from the patient is all that is needed to detect Helicobacter pylori. This noninvasive sample collection is patient-friendly, inexpensive, and less prone to failure than invasive and semi-invasive methods and has comparable sensitivity and specificity. It is suitable especially for patients in whom a biopsy is not indicated or whose compliance is not guaranteed (children).

In a study, the French National Reference Center for Campylobacters and Helicobacters (CNRCH) tested the clinical performance of RIDA®QUICK Helicobacter and RIDASCREEN® Helicobacter using 132 prepared samples from patients who had been previously tested for Helicobacter pylori using invasive methods (PCR and biopsy culture).

The sensitivity of both test methods is highly comparable to the detection of Helicobacter pylori using a PCR or biopsy culture. 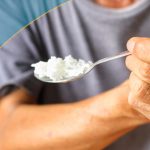 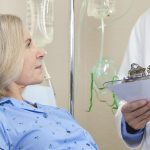 In the hospital, there is a dangerous visitor: What are the most recent research on Clostridium difficile?Bacteriology, Hospital aquired infections