For in vitro diagnostic use. RIDA®GENE Bacterial Stool Panel I is a multiplex real-time PCR for the direct, qualitative detection and differentiation of STEC, Salmonella spp., Campylobacter spp. and EIEC/Shigella spp. in human stool samples.

RIDA®GENE Bacterial Stool Panel I multiplex real-time PCR is intended for use as an aid in diagnosis of gastrointestinal infections caused by bacteria.

Diarrheal disease is a major health care problem and causes about 2 billion cases worldwide. The World Health Organization (WHO) ranks diarrheal disease as 2nd most common cause of child deaths among children under 5 years globally, particularly in developing countries. About 1.9 million children younger than 5 years of age perish from diarrhea each year, more than AIDS, malaria and measles combined. Common causes of bacterial diarrheal disease are Campylobacter spp., Salmonella spp. and Y. enterocolitica.

Campylobacter species are one of the most common causes of bacterial diarrhea worldwide, responsible for 400 million – 500 million cases annually. The disease caused by the genus Campylobacter is called campylobacteriosis. More than 80% of Campylobacter infections are caused by C. jejuni. The Centers for Disease Control and Prevention (CDC) estimates more than 2 million cases of campylobacteriosis each year in the US. The Foodborne Diseases Active Surveillance Network (FoodNet) reported an incidence rate of 13 cases per 100,000 population in 2008. C. jejuni was detected in 5 – 16% of children with diarrhea in developed countries and in 8 – 45% of children with diarrhea in developing countries. Approximately 100 persons with Campylobacter infections die each year in the US. Infection with Campylobacter occurs through contaminated food, especially poultry, water, contact with infected animals or by fecal-oral route, particularly in children. The infectious dose is with 500 bacteria relatively low. After an incubation period of 2 to 5 days people with campylobacteriosis get fever, diarrhea, abdominal cramps, vomiting, abdominal pain and nausea. Potential long-term complications are autoimmune disorders, for example the Guillain-Barré syndrome (GBS).

One of the six well known human pathogenic E. coli is the enteroinvasive E. coli (EIEC). In developing countries and also in returning travelers from those countries, EIEC can lead to shigellose-like infections since they are biochemically and genetically closely related to Shigella spp. The pathogenicity of EIEC and also Shigella spp. depends on the plasmid-dependent ability to invade colonic epithelial cells and destroy them. By detection of the ipaH gene (invasion plasmid antigen H gene) EIEC/Shigella spp. can be differentiated from ETEC. Clinical symptoms of EIEC-caused Shigellosis are characterized by continuous abdominal cramps with watery and sometimes bloody diarrhea. Sources of infection are primarily contaminated water and food, but transmission from human to human is possible.

Besides EIEC/Shigella spp., also the enterohaemorrhagic E. coli play an important role. Every year, approxiamtely 1000 EHEC infections are reported in Germany. EHEC are a subgroup of the shiga-toxin producing E. coli (STEC or VTEC) and have the ability to produce two cytotoxins, verotoxin 1 and 2. Due to the close similarity of the verotoxins to the shiga toxins of Shigella dysenteriae, the VTEC are also called STEC. 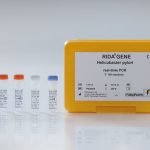 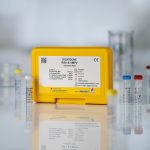