For in-vitro diagnostic use. RIDA®PRECISION ABCB1 is a multiplex real-time PCR for the direct qualitative detection of ABCB1 gene variants in human EDTA whole blood samples.

The ABCB1 test is a molecular genetic diagnostic procedure that assists you in treating a patient with antidepressants. The doctor can base treatment decisions on the patient’s individual genetic endowment and can select a suited antidepressant at the right dosage in short time. As a result, the patient experiences a faster onset of clinical improvement, suffers less from “trial-and-error” treatments and side effects.

Researchers at Max Planck Institute of Psychiatry in Munich have identified DNA sequence variations in the ABCB1 genetic code that influence the function of the blood brain barrier.

The ABCB1 test was developed by HMNC Brain Health and the Max Planck Institute of Psychiatry in Munich. The strongest argument for the clinical validity of the ABCB1 test is given by the meat-analysis by Breitenstein et al., 2015. The analysis comprises 16 studies with a total number of patients of n = 2037.

RIDA®CYCLER
The RIDA®CYCLER is a magnetic induction real-time PCR cycler with 4 channels (FAM, HEX/VIC, ROX, Cy5). For research use only. Not for use in diagn...
More Information 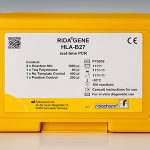 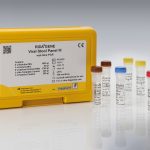