Sapoviruses, also called Sapporo Virus belong to the family of Caliciviridae and are classified as Sapporo-like viruses. Together with the Norowalk-like viruses (norovirus) they are the major causative agents of gastroenteritis worldwide. The name sapovirus originated from the place of its first discovery, Sapporo, Japan in 1977 in an orphanage for small children. Even though highest incidence is described for children under the age of five, other studies also show sapovirus outbreaks in adults. Clinical symptoms are similar to those of norovirus infections including diarrhea, vomiting and fever. However self-limited sapovirus infections lead to much milder gastroenteritis compared to norovirus-induced gastroenteritis.

After its first discovery in Japan, further Sapovirus outbreaks were described in countries worldwide such as the USA, Canada, Africa and South Africa. There are at least 5 genogroups (GI – GV) described with GI, GII, GIV and GV being known to infect humans. Until today, little epidemiologic studies were conducted and sapovirus was rarely detected due to lack of sensitive detection methods. Hence, real-time PCR displays a major advantage in detection of gastroenteritis-causing sapovirus infections. 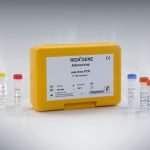 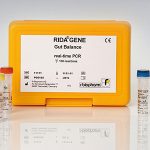